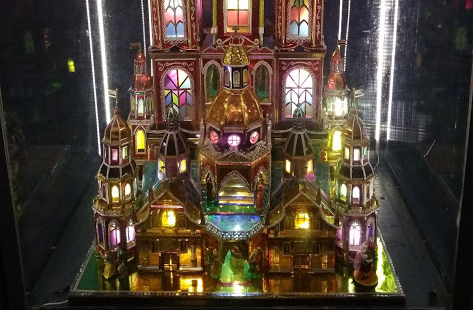 Competition for the most beautiful Krakow’s nativity scene 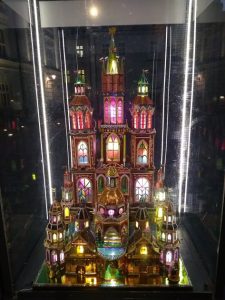 Creating nativity scenes comes from the beginning of XVIII. However in XIX century interest in folklore resulted presenting them not only in Krakow but also in some cities of Lesser Poland. In the second half of the nineteenth century, architectural features were developed and clearly distinguished the nativity scenes performed in Krakow from others. The stylish diversity of Krakow’s monuments mainly churches provided a rich source of inspiration for the creators. They were trying to include some elements of Krakow architecture in their small masterpieces.

First competition for the most beautiful nativity scene took place in 1937 in the front of Adam Mickiewicz monument. It was an initiative of Jerzy Dobrzycki – a great lover of Krakow traditions and customs. It was also organized to prevent the disappearance of this tradition. During the Nazi occupation, competitions were not organized. After the war in 1946, the competition has been organized by the Historical Museum of Krakow.

The efforts of the creators are focused on improving architectural values. Immobile figures in nativity scenes were replaced by electric mechanisms, from 1960s.

First the crib makers showed their works on the monument to Adam Mickiewicz. All participants were signed into a relevant lists. The competition has numerous categories – small, medium and large cribs, separately for children and teenagers. A crowd of people were gathered around the monument to Adam Mickiewicz from the early morning. People commented on the beauty and uniqueness of individual cribs, they talked with their creators. The procession of the crib-makers went through the stage at noon. We are able to admire cribs at the post-competition exhibition until February 24, 2019.

Krakow during the winter time